Picking the right tool when there are so many available is no easy task. This guide is designed to assist you in choosing a pruner, shear or snipper that’s perfect for your application. When should shears be used as opposed to a lopper or snipper? What is the difference between a bypass pruner and an anvil pruner? Why is the same pruner often available in three different sizes? How long are the blades on various pruners and snips? These are the questions the following guide will answer.

All of the tools we currently carry and mentioned in this guide come from Corona Tools. They have a tradition of quality that’s not just a slogan, their tools, year after year, live up to their reputation. They’ve been manufacturing tools for decades now, going back to 1928 with the introduction of their orange clippers, a tool that changed an entire industry. Since that time they have continued to innovate and have kept their commitment. 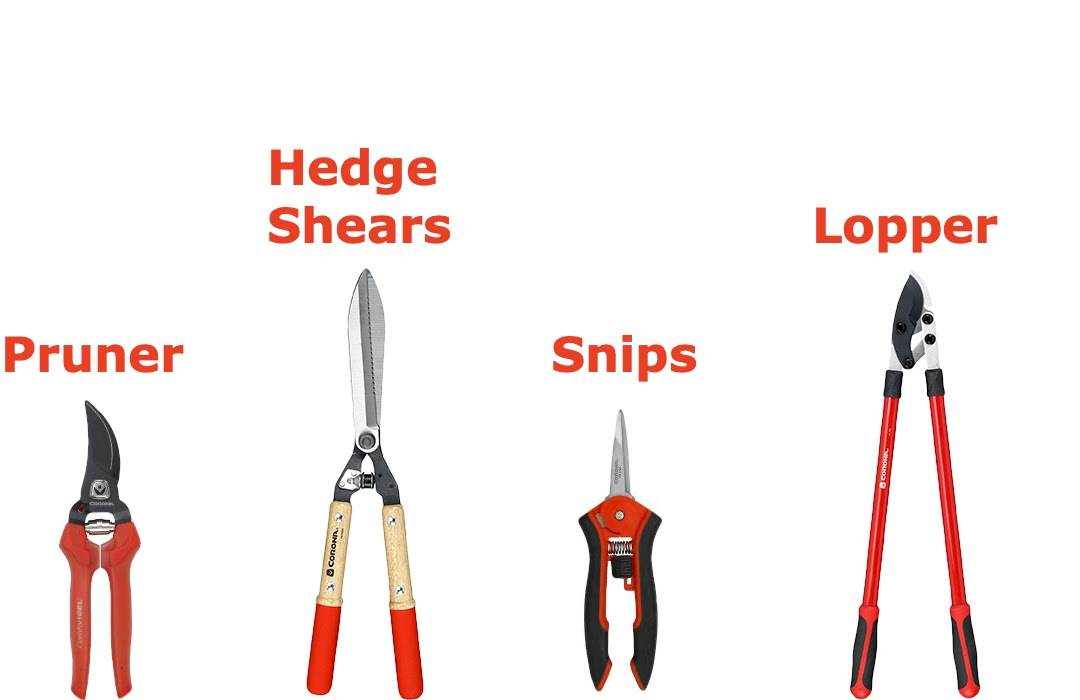 There is some overlap between these types of cutting tools; traditionally, shears would be a larger tool (think hedge shears), but these days also include smaller tools usable with one-hand. Snips, or snippers, are traditionally a smaller tool meant for finer trimming and pruning. Loppers are larger, two-handed tools (again, think hedge shears) that are designed for cutting thick or tough (or both!) vegetation and wood. Most modern loppers distinguish themselves from shears with smaller cutting blades. All of the above tools will be required at times in most home gardens, with pruners, in their many forms, being the most common.

With all that noted, these categories are not set in stone, you’ll find smaller shears and larger pruners are fairly common, but in general the categories above apply. 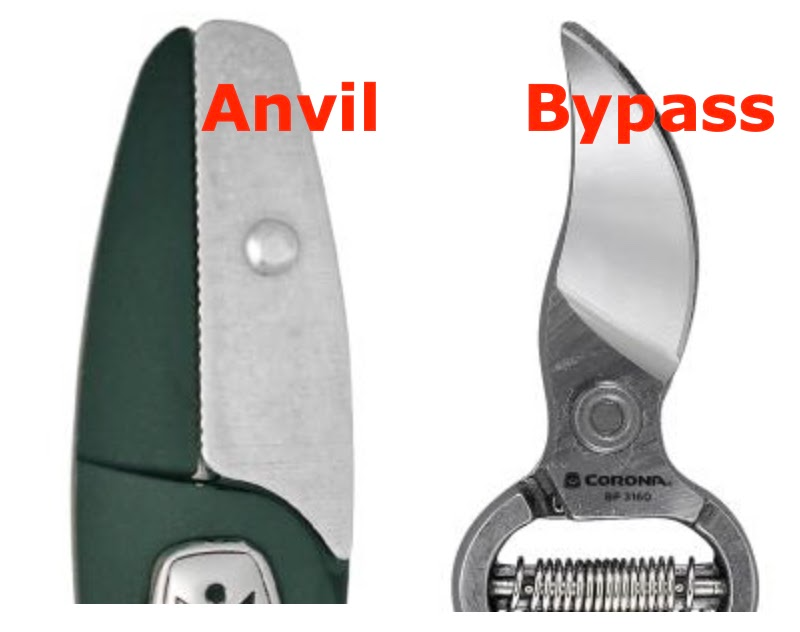 While both types are common, hobby and DIY gardeners will be most familiar with the bypass pruner. Each type is efficient at their intended task, with anvil pruners typically being used to cut tough, dead and woody vegetation. Bypass pruners, by contrast, are best used on softer tissues, such as living plants.

A third type of pruner, called a ratchet, is essentially an anvil pruner that can be ratcheted to work in stages. This feature will be most often found on loppers. 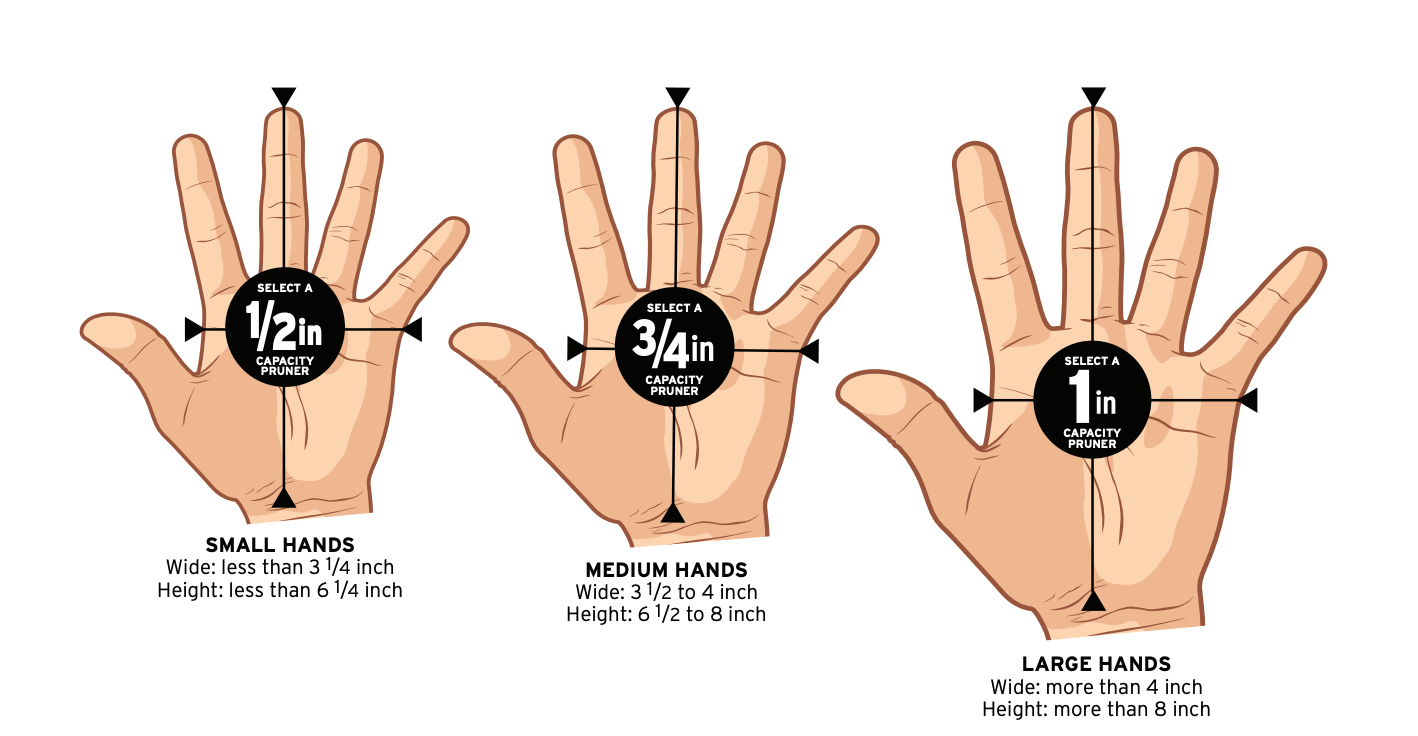 Many of the pruners we carry are available in several sizes, such as ½”, ¾” and 1”. You can use the chart above to help select a comfortable pruner size.

The table below contains links to high resolution images of many of our pruners and shears, with a measuring ruler included in the photo. You can use these images to see the actual size of various pruners and shears, including blade length. These images are high resolution and thus the file size is significant, keep that in mind if you’re on a limited data plan. Each image is around 4.0 megabytes with a couple smaller and larger outliers.